Originally designed by Hawker De Havilland in England as a modern jet fighter in 1942 for the RAF.  The Vampire first flew in September 1943 and first entered RAF service just after WW11 in 1946.

The Vampire is made of moulded plywood, which is light and strong and a “none scarce” war materiel.  It can be built by carpenters and/or cabinet makers.  Armed with 4 x 20 mm Hispano Suiza Cannons, and they could also carry rockets and bombs. 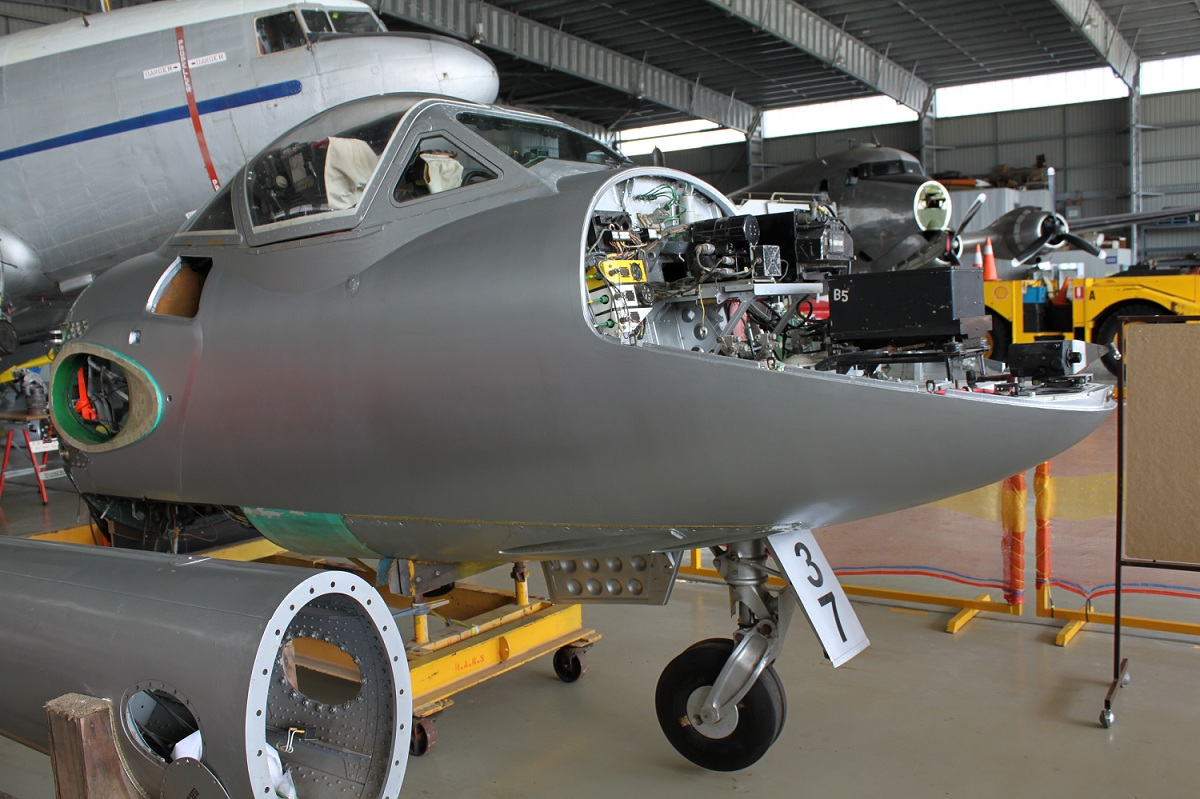 A79-637 is being restored to airworthy condition.  It was owned by Father Jeremy Flynn and was purchased by HARS in 1997.  It is registered as VH-FJW (Father Jeremy’s Wish).  A79-665 is not airworthy but is taxi-able and after RAAF disposal was owned by several museums and became part of the HARS collection in ~2007.