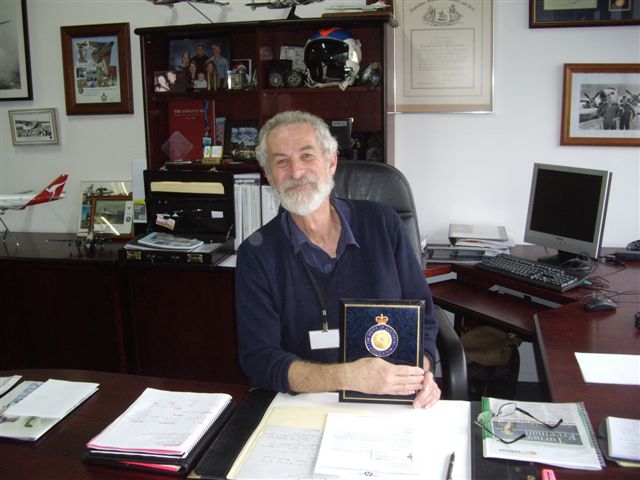 Ian Debenham, Secretary of the HARS Management Committee, was honoured in the recent Australia Day Awards with the Order of Australia Medal in recognition of his service to the research, documentation and preservation of Australia’s aviation history and heritage.

The concept for the Grumman Tracker started as a design called the G-89. The G-89 proposal called for a twin engine aircraft capable of carrying weapons, sonobouys, and other submarine detection equipment, such as a Magnetic Anomaly Detector (MAD) and search radar all from a carrier flight deck. The United States Navy offered Grumman […]

De Havilland’s famous DH 82A Tiger Moth could trace a direct line of descent  from the equally famous de Havilland DH 60 Gipsy Moth of 1925 which is regarded as having made possible worldwide development of the flying club movement.   The Tiger Moth prototype was derived from the de Havilland […]