HARS put on a fine show at RAAF Richmond on the weekend of 8&9 August 2015. Caribou led the Dakota over the 35 Squadron Re-formation Colours Parade, watched by the Governor of NSW, Chief of Air Force and over 500 guests. The timing was perfect despite the variable nature of the time they wanted us over the Parade. After landing we held at the far end of the runway and then taxied into position adjacent to the C-27J Spartan. All the aircraft were then opened for inspection. There were many comments on how good the HARS aircraft looked and performed.

That evening there was a function at the Sergeant’s Mess where a few speeches were made. The CO 35 SQN spent some time outlining Bob St. John’s remarkable Vietnam and Caribou career. Also feted were the other Vietnam Veterans, including our own Mike Delahunty and Trevor Wallace.

On the Sunday, both aircraft recovered to Albion Park in formation and entered the circuit over the HARS complex with a formation break overhead. A fitting end to an auspicious weekend.

It goes without saying how well the aircraft performed, thanks to our hard working volunteer engineers.

We were very proud to have shown the HARS flag and the weekend should further establish HARS credibility for the RAAF and Government.

The Australian Aviation Hall of Fame is excited to announce the inductees for 2018.  There are five individuals and one organisation being […]

The Parkes Aviation Museum is located at the end of Muzycuk Drive at Parkes Airport. It is currently housed in a former […]

Have you ever… …wondered what lies behind that closed door on a commercial Jet? …dreamed of being a pilot? …sat in economy class […] 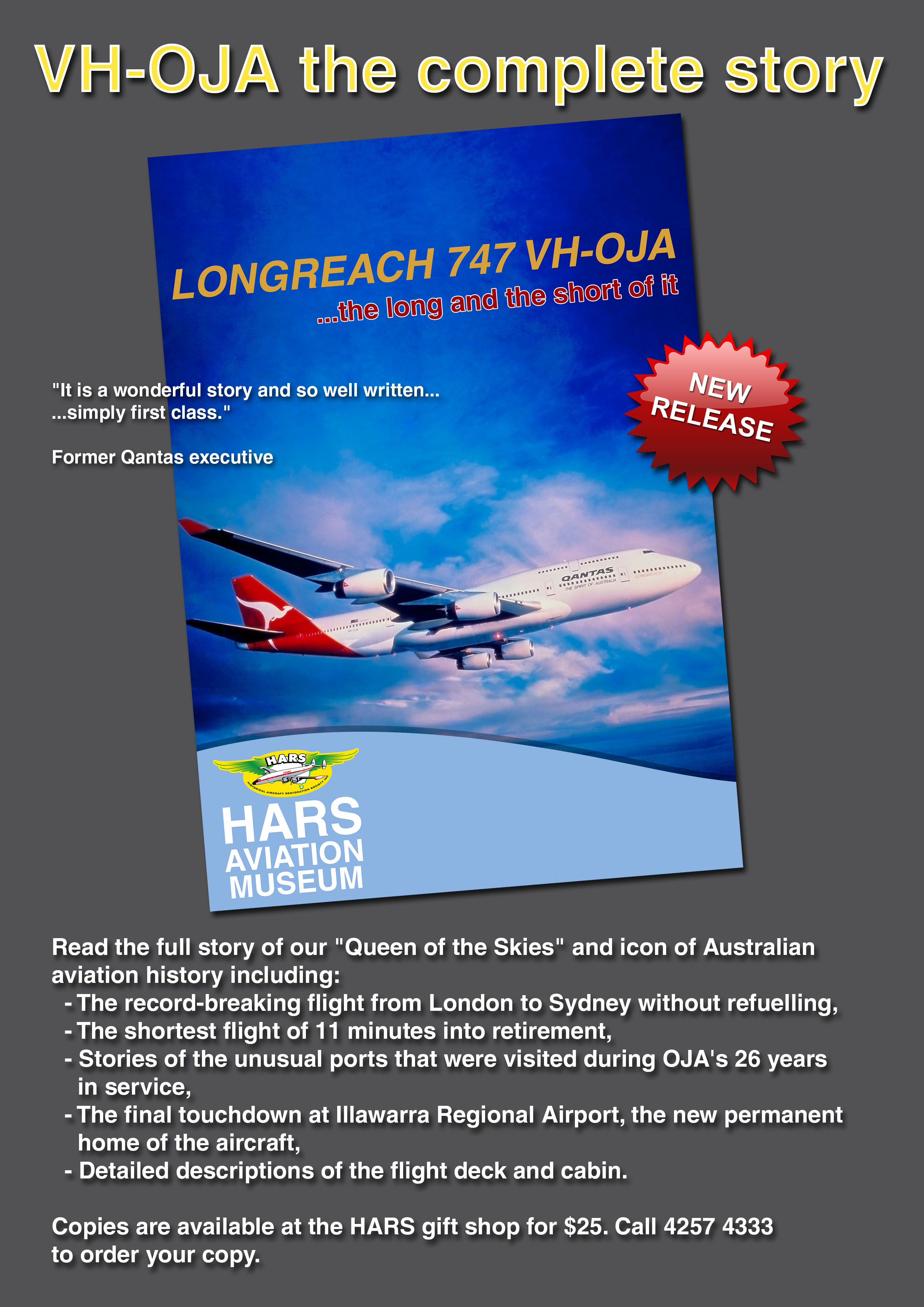 HARS now has available a book about QANTAS’ first Boeing 747-400.  VH-OJA, or City of Canberra, is a significant piece of QANTAS’ […]